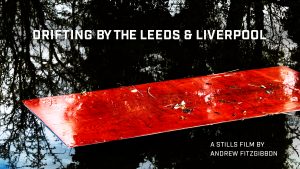 Photoshoot and interview 19 May

This morning, I was on the other end of a camera when James Hardisty, multi-award winning Yorkshire Post photographer (https://www.yorkshirepost.co.uk/business/yorkshire-posts-james-hardisty-named-business-photographer-of-the-year-3221206) , photographed me for an upcoming newspaper article. The shoot was outdoors on my own land – I had suggested to the journalist that I could meet James anywhere in between my place and Leeds; in retrospect I should have suggested a canal side interview, but didn’t appreciate that James was going try to recreate the story of me walking the canal – just thought it was going to be a few head/shoulder shots! I plan to drop James a line later when it comes to doing some industry research.

Later in the day, Yorkshire Post journalist, Ruby Kitchen called me for a telephone interview for about the work. This was a much more relaxing experience than being interviewed live on BBC Radio Merseyside the day before – there is something odd about being recorded. Ruby was enthusiastic about my work and welcomed it as an alternative to the ‘bucolic’ views of the canal that are often offered up (note to self to borrow that word to replace picture postcard and pastoral). I used my preparation for the radio interview to crib from for the discussion with Ruby, who seemed to be more than happy with the material I was able to share.

I was told that the article would most likely appear on the evening of 21 May – but was warned that likely means 30-40% chance depending on the wider news agenda. Ruby will endeavour to let me know but recommended checking the YP website each morning as her articles feature there on the day they are published on paper.